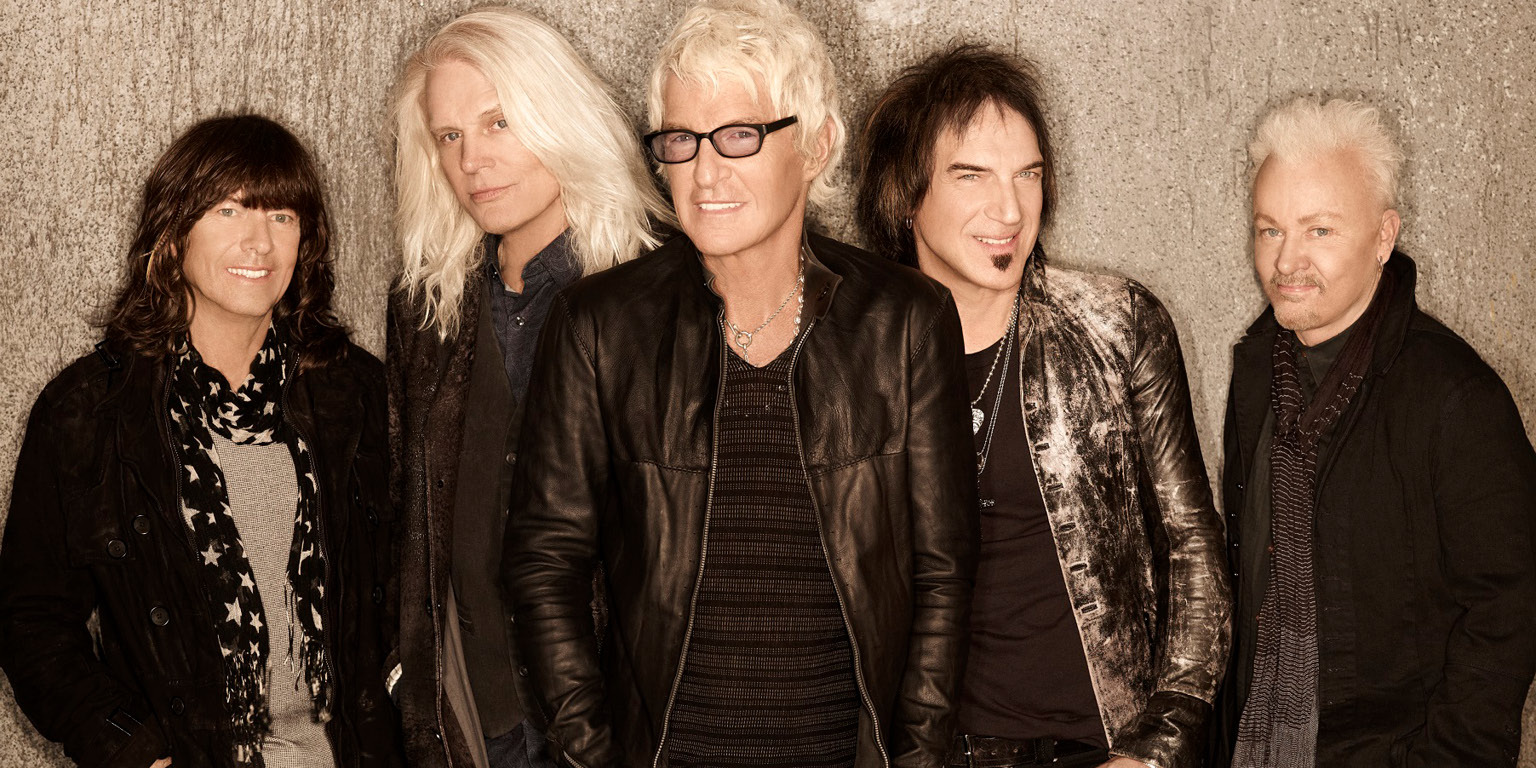 Pods are limited to one (1) per patron for this performance.

Formed in 1967, signed in 1971, and fronted by iconic vocalist Kevin Cronin since 1972, REO Speedwagon’s unrelenting drive, as well as non-stop touring and recording jump-started the burgeoning rock movement in the Midwest. Platinum albums and radio staples soon followed, setting the stage for the release of the band’s explosive Hi Infidelity in 1980, which contained the massive hit singles “Keep On Loving You” and “Take It On the Run.” That landmark album spent 15 weeks in the No. 1 slot and has since earned the RIAA’s coveted 10X Diamond Award for surpassing sales of 10 million units in the United States.

Today, REO Speedwagon has sold more than 40 million albums around the globe, and Cronin and bandmates Bruce Hall (bass), Neal Doughty (keyboards), Dave Amato (guitar), and Bryan Hitt (drums) are still electrifying audiences worldwide in concert with hits and fan-favorites such as “In Your Letter,” “Can’t Fight This Feeling,” “Time For Me To Fly,” “Roll With The Changes,” the aforementioned “Keep On Loving You” and “Take It On the Run,” and many, many more.

Most recently, Psaros has released a string of acclaimed singles throughout the COVID-19 Pandemic which have helped him solidify his standing as one of the regions most authentic and versatile songwriters. His single "Zombies," earned him an invite to Live Stream with the world famous C.F. Martin & Co. via their facebook page, gaining exposure to millions of acoustic enthusiasts. His next single "Rise When You Fall" earned Psaros an invite to perform at Boston's Wang Theater's "Ghost Light Series," bringing awareness to the shuttered iconic theater and the shuttered events industry as a whole. Later in 2020, his Christmas song "I Dream of Christmas with You" was featured during the opening credits of Lifetime Network's "Christmas on Ice." Psaros' work throughout the Pandemic has allowed him to stay at the top of the call list for some of the nations most prominent acts. In the summer of 2021, Psaros will be touring as support alongside Three Dog Night, Foreigner and REO Speedwagon on dates throughout the country. He will also headline regional clubs and small theaters throughout the Northeast.