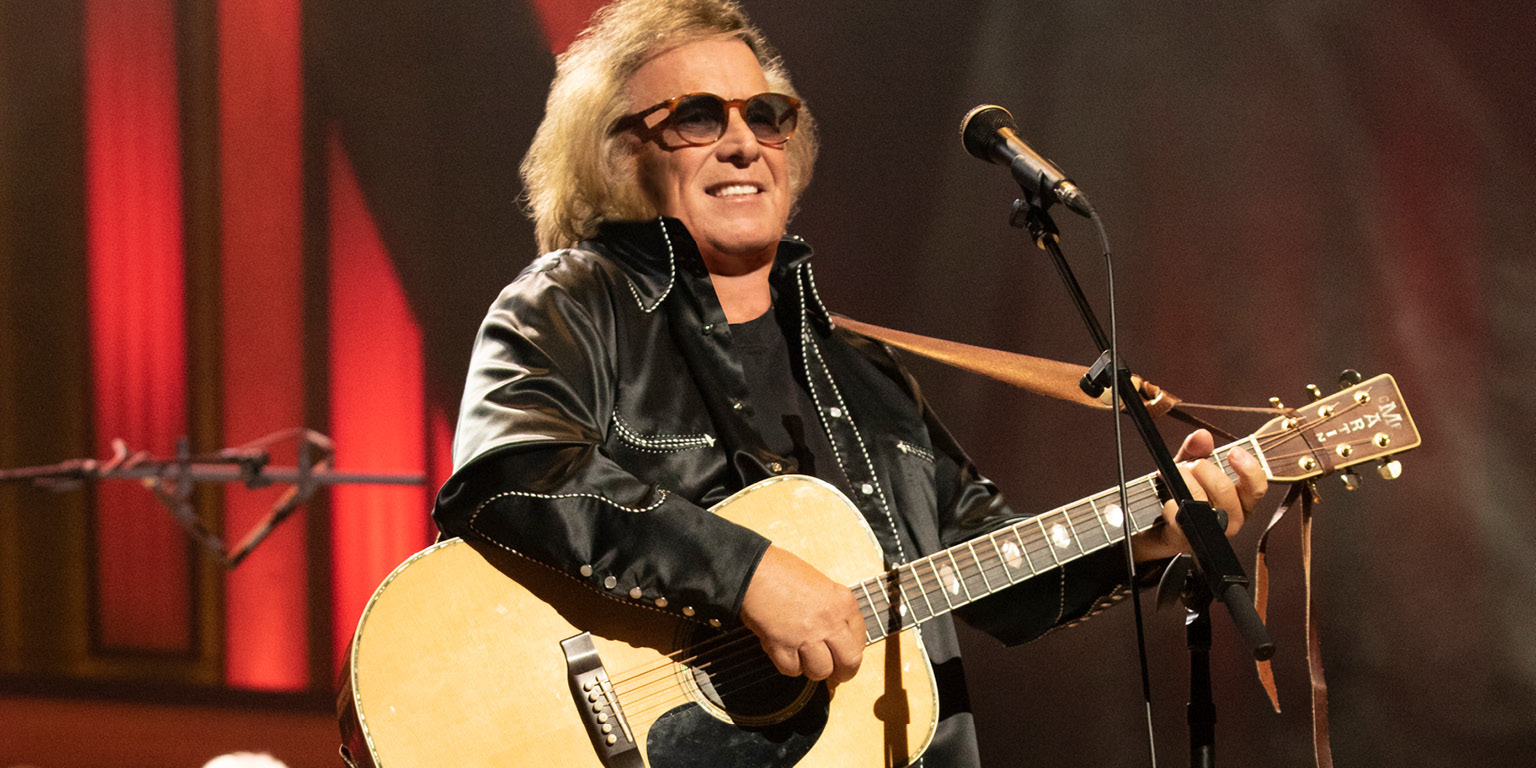 Don McLean is a Grammy Award honoree, a Songwriter Hall of Fame member, a BBC Lifetime Achievement Award recipient, and his smash hit “American Pie” resides in the Library of Congress National Recording Registry and was named by the Recording Industry of America (RIAA) a Top 5 song of the 20th century.

A New York native, Don McLean is one of the most revered and respected songwriters in American history. After paying his dues in the New York club scene in the late-'60s, he went on to score mega-hits like “Vincent (Starry, Starry Night),” “Castles in the Air” and many more. His catalog of songs has been recorded by Madonna, Garth Brooks, Josh Groban, Drake, Weird “Al” Yankovic, and countless others. In 2015, one of McLean’s four handwritten manuscripts of the lyrics to “American Pie” was auctioned by Christie's, selling for just over $1.2 million. 2019 honored Don with a star on the Las Vegas Walkway of Stars and his song “And I Love You So” was the theme for Prince Harry and Megan Markle’s wedding. In 2020, Don signed a recording contract with Time Life/Warner Bros. Records to release his catalog of recordings as well as the much anticipated new album Still Playin’ Favorites, which will be released in the fall. “American Pie” will be featured in Avenger’s "Black Widow" and the Tom Hanks movie "BIOS" and much more to be announced.

And when you think things are slowing down, not so for Don McLean! 2021 will mark the 50th anniversary of American Pie with a World Tour to follow.