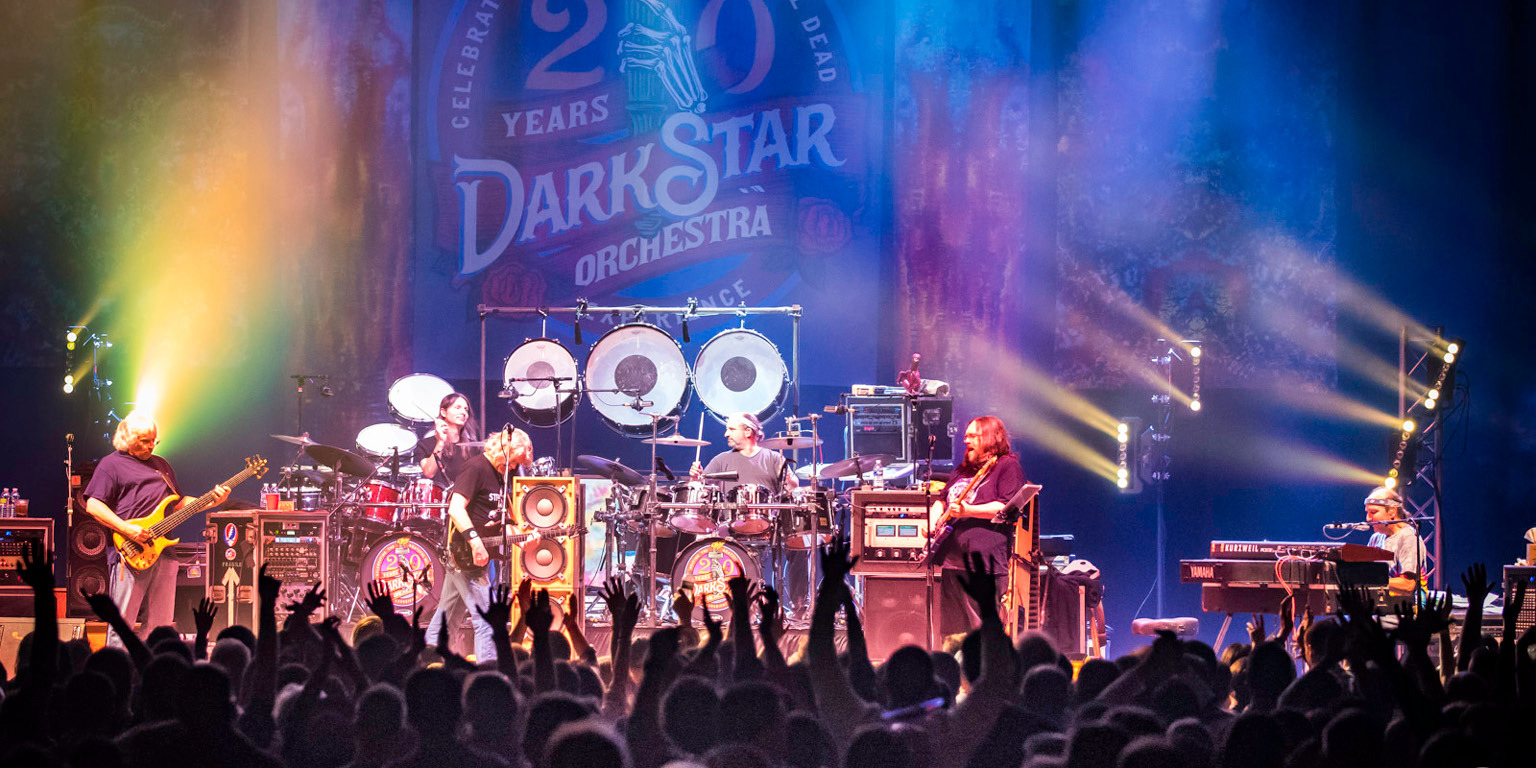 Performing to critical acclaim with nearly 3,000 shows under their belt, Dark Star Orchestra continues the Grateful Dead concert experience. DSO shows are built off the Dead’s extensive catalog and the talent of these seven fine musicians. On any given night, the band will perform a show based on a setlist from the Grateful Dead's 30 years of extensive touring or use their catalog to program a unique setlist for the show.

This allows fans both young and old to share in the experience. By recreating setlists from the past, and by developing their own sets of Dead songs, Dark Star Orchestra offers a continually evolving artistic outlet within this musical canon. Honoring both the band and fans, Dark Star Orchestra’s members seek out the unique style and sound of each era while simultaneously offering their own informed improvisations.

Dark Star Orchestra has performed throughout the entire United States, plus Europe & the Caribbean touching down in seven different countries. DSO continues to grow its fan base by playing at larger venues for two and even three-night stands as well as performing at major music festivals including Bonnaroo, Milwaukee’s SummerFest, The Peach Music Festival, All Good Festival, Gathering of the Vibes, Mountain Jam, and many more.

In addition to appearing at some of the nation’s top festivals, Dark Star Orchestra hosts its own annual music festival and campaign gathering, titled the ‘Dark Star Jubilee’, where DSO headline all three nights and are joined by a mix of established and up and coming national touring acts.

Beyond the shores of the United States, DSO has taken its internationally-acclaimed Grateful Dead tribute to the beaches of Jamaica in the dead of winter for the past five years, with their event appropriately titled "Jam in the Sand." Featuring an ocean-side stage, DSO sets up camp to perform shows for four nights along the tropical sands of an all-inclusive resort, selling out the event each year for hundreds of lucky attendees.

Fans and critics haven’t been the only people caught up in the spirit of a Dark Star show. The band has featured guest performances from six original Grateful Dead members Phil Lesh, Bob Weir, Bill Kreutzmann, Donna Jean Godchaux-MacKay, Vince Welnick, Tom Constanten and even toured with longtime Dead soundman, Dan Healy. Other notable guests have included Mike Gordon and Jon Fishman of Phish, Keller Williams, Warren Haynes, Steve Kimock, Peter Rowan, Ramblin’ Jack Elliot and many more. On more than one occasion, DSO’s lead guitarist Jeff Mattson has been granted the opportunity to perform on stage with three different guitars used in live performances and belonging to Jerry Garcia.

"For us, it's a chance to recreate some of the magic that was created for us over the years," rhythm guitarist and vocalist Rob Eaton explains. "We offer a sort of a historical perspective at what it might have been like to go to a show in 1985, 1978 or whenever. Even for Deadheads who can say they've been to a hundred shows in the '90s, we offer something they never got to see live."