Locals Under the Lights 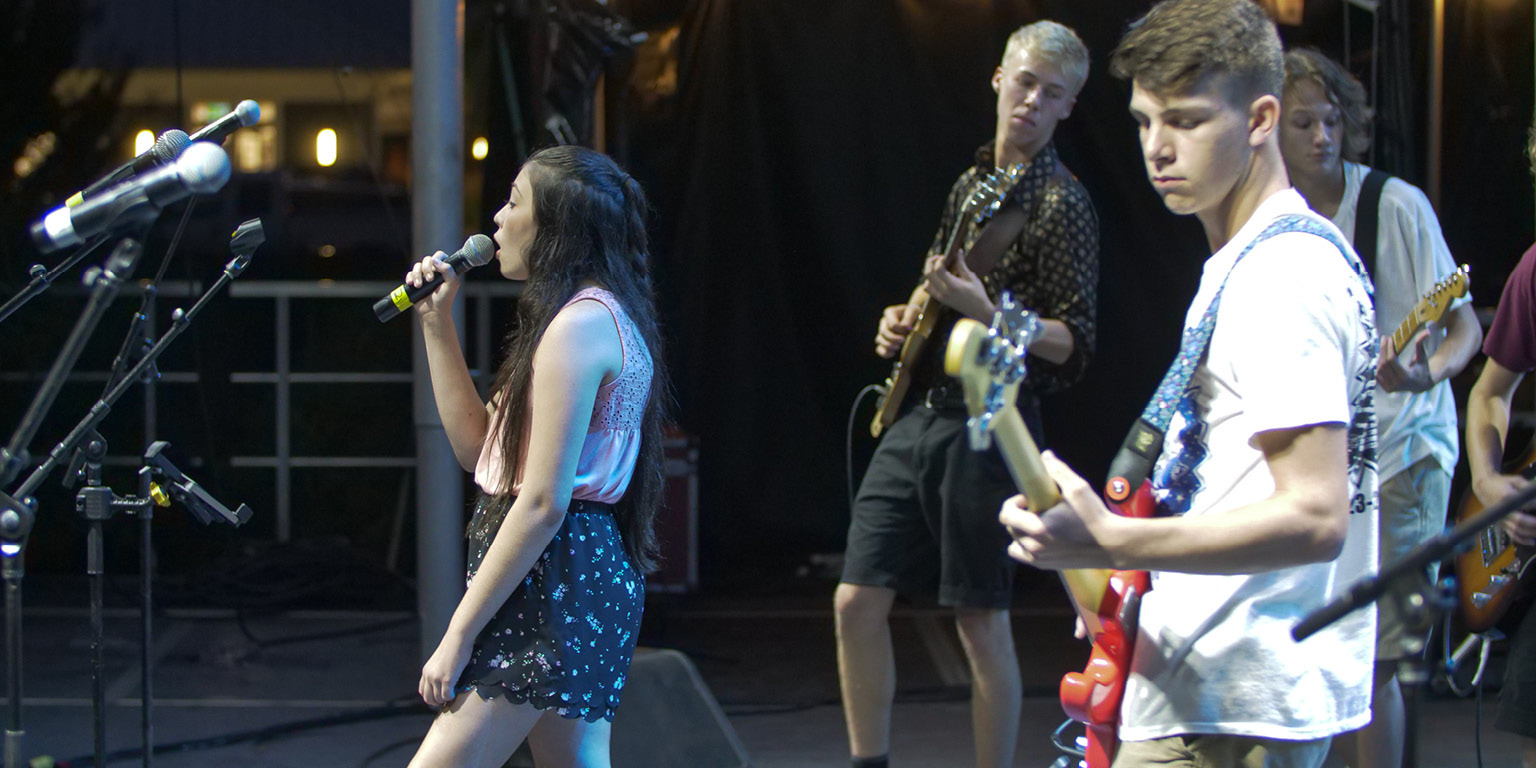 Locals Under the Lights returns to The Freeman Pavilion for the eighth season! Audience members can sit back, relax and enjoy local and up-and-coming artists perform on the same stage as national acts, such as Jake Owen, Fitz & The Tantrums and Earth, Wind & Fire!

I'll be releasing my new project, "Ember," this summer! The project was funded by a mostly local following via Kickstarter and recorded in Nashville, TN.

Denise sings and plays Ukulele, Paul plays Guitar & Mandolin and sings backs ups. We play everything from '60s to today with a blend of Rock, Folk, Blues.

AMP Studio – the Academy of Music Performance has been rocking stages all over the shore for over 8 years. AMP Studio gives kids between the ages of 8-18 an opportunity to learn how to sing and play musical instruments then coaches them on how to perform in front of a live audience. AMP kids learn from professional musicians and are encouraged to excel to perform a live show!

We are a band out of Selbyville who plays all kinds of genres, from funk, to psychedelic rock, to country. We have our debut album, RoastJohn, available on all major streaming platforms.